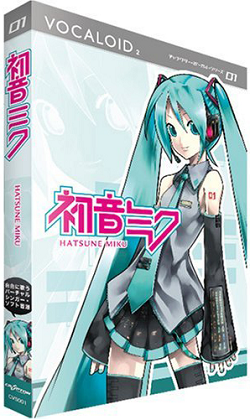 The Groom and the Toon

Talk about grooms, toons and 21st century romances. Hatsune Miku is a sixteen-year-old virtual pop star who performs to live audiences and collaborates with real pop stars. On one level she is a sassy, you-go-girl singer with huge luminous eyes, a small O of a mouth and a nose suggested by a tiny pencil slip. In other words, a typical anime female. She has appeared on Letterman and was scheduled to sing at Coachella 2020 before Covid intervened. Not bad for a bunch of 1’s and 0’s. Here’s a representative video of a performance.

Enter a besotted beau. Akihiko Kondo, 38. Via a company called Gatebox he can view a hologram of Miku and interact with her. So successful was that interaction that he proposed to marry Miku and went as far as inviting friends and family to an elaborate wedding. Kondo is almost exactly how you imagine him. Shy, apologetic, self-effacing. As he puts it on Instagram, “about 15 years ago, I was bullied at work and took a leave of absence, but thanks to her (Miku) I was able to return to work. She saved me. I love Hatsune Miku. I am very happy.”

Unfortunately for Kondo the object of his fictosexual relationship is with the cyber doll equivalent of an iPhone 6. Gateway announced they were no longer supporting Miku. No holograms, no interaction. Leaving Kondo watching old Youtube performances and holding a doll version of the virtual character.

We will not delve into the archives of human marriages to non-human entities. There are countless accounts of people marrying dogs, cats, ponies. I’m tempted to touch on the British millionairess who married a dolphin (on porpoise?) but the meat of this blog awaits.

The challenge with writing about a man who marries a cyber-image/doll, I now realize, is that it begs the question: what is marriage really? Is it old-fashioned to believe that marriage should be based on mutual agreement, one that presupposes that both I-doers are sentient entities aware of what they are getting into? (We will skip over the question of whether real people are so aware). If we look at Kondo’s marriage from Miku’s perspective—assuming she has one—she has agreed to nothing. Nor would she have agreed to proposals from the hundreds of other shy suitors who want her forever and ever. In other words, even if marriage to a fictional character were legal, it would be illegal if one party has several spouses. Why, cries an outraged judge, this isn’t bigamy, it’s gigamy!

Although Kondo’s marriage plans were widely reported and no doubt sniggered at, the real story here is not marriage but humans gaining constancy and confidence from an inanimate, or animated, object. Speaking of confidence, how’s this for an example? For many years the world-class Russian pianist Sviatoslav Richter could not perform without a pink plastic lobster close at hand. Not that he ever proposed to it.

Initially, I thought that Kondo’s infatuation with Miku was charming in an innocent and somewhat pathetic way. But how can you possibly be charmed by Miku when you delve into the machinery behind her? Her stated function, as elaborated in this Wikipedia article, is to act as the ambassador (idol) for a music synthesizing program called Vocaloid. As such she is a cross between Tony the Tiger and Kylie Minogue. The article reveals who sings her songs, who designs her look, her costumes, how her signature color, turquoise, is a tie-in with a Yamaha synthesizer. Somewhere behind all this rampant commercialism is a team who interacts with fans like Kondo on Miku’s behalf.

At first I thought that a human marrying an anime character had to define the very limit in mismatched couples. Then I remembered a theory championed by Philosophy Professor Nick Bostrom at the University of Oxford.  Simulation theory “proposes that all of existence might be a simulated reality, such as a computer simulation which convinces its inhabitants that the simulation is ‘real’.” It certainly seems that Kondo believes Miku is real. In which case, if you subscribe to Bostrom’s theory, the disparity in Kondo’s marriage is more a case of degree rather than kind.

It's an odd feeling when you make yourself dizzy.

Subscribe to my occasional newsletter full of updates, quips, quotes and blog highlights